A drive through Paradise Valley is a car lover’s dream as Ferraris, Bentley’s, McLarens and other high-end vehicles take residents to the grocery store or yoga. It isn’t just your imagination- the Phoenix metro area loves their cars. In fact, according to the Bureau of Labor Statistics, the Phoenix metro spends 59% more on automobiles than the national average. In fact, Phoenicians spend more on transportation than Los Angeles!

There are several reasons why Paradise Valley, and the Phoenix metro area as a whole are exceptional places for car fanatics to call home:

“Phoenix is and was a car-centric city,” according to Arizona Historian Marshall Shore, “Unlike other cities that built up, Phoenix built out, and it’s still building out.” The region is serviced by several newer freeways and wide, well-maintained streets and boasts ample parking, making it easy to get around, separating it from other ‘car culture’ cities like Los Angeles, where traffic, pot holes, and a lack of parking can keep even the biggest driving enthusiast at home.

Paradise Valley’s dry weather and lack of snow makes rust virtually nonexistent. Classic cars age better in the desert, not succumbing to the elements like they do in much of the nation. Moreover, with 299 days of sunshine, and average winter highs in the low 70s, cruising and convertible weather stretches throughout most of the year.

Scottsdale is home to some of the world’s largest collector car auctions, including Barrett Jackson and Russo and Steele auctions. These auctions bring cars and collectors from around the world, but many of the vehicles sold stay right here in Arizona. In 2021 the Barrett-Jackson auction set over 95 world records, and topped $105 million in sales, with a 1966 Shelby Cobra 427 Super Snake selling for $5.5 million!

If your perfect Saturday includes a parking lot filled with exotic or classic cars, trading stories with other car enthusiasts, then the Phoenix metro area is for you! There are a number of regular car meets including Cars & Coffee at Scuderia Southwest the first Saturday of every month, and the Rock n Roll Classic Car Show at the Pavilions at Talking Stick, which is the longest-running weekly car show in the United States!

With most lots above 1 acre, many of the luxury homes in Paradise Valley boast garages fit for car collectors. “Four car garages are the minimum for newer homes,” says Joan Levinson, “however, many Paradise Valley homes include garages for 10, 12, or more cars, and many feature custom touches that transform these garages into wonderful places to spend time.”

8389 N 58th Place (in escrow at time of publication) Features an expansive brick motor court, and a 5-car garage with attached office and exercise room

The Bureau is expecting spending on automobiles to only increase in the coming years due to a shortage in computer chip productions that is slowing the manufacturing of vehicles everywhere. Phoenix will likely continue to hold onto the #1 place for vehicle spending. “There’s no better place to be for someone who loves cars,” said Larry Oliver, the manager of the Rock ‘n’ Roll Classic Car Show. As long as the sun shines, and the road continues, Phoenicians will enjoy the ride! 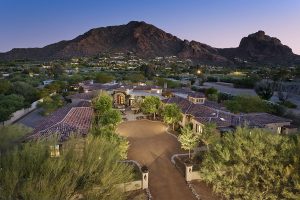 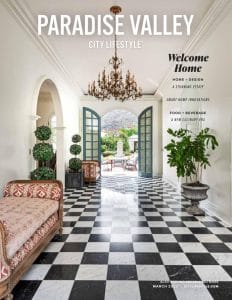 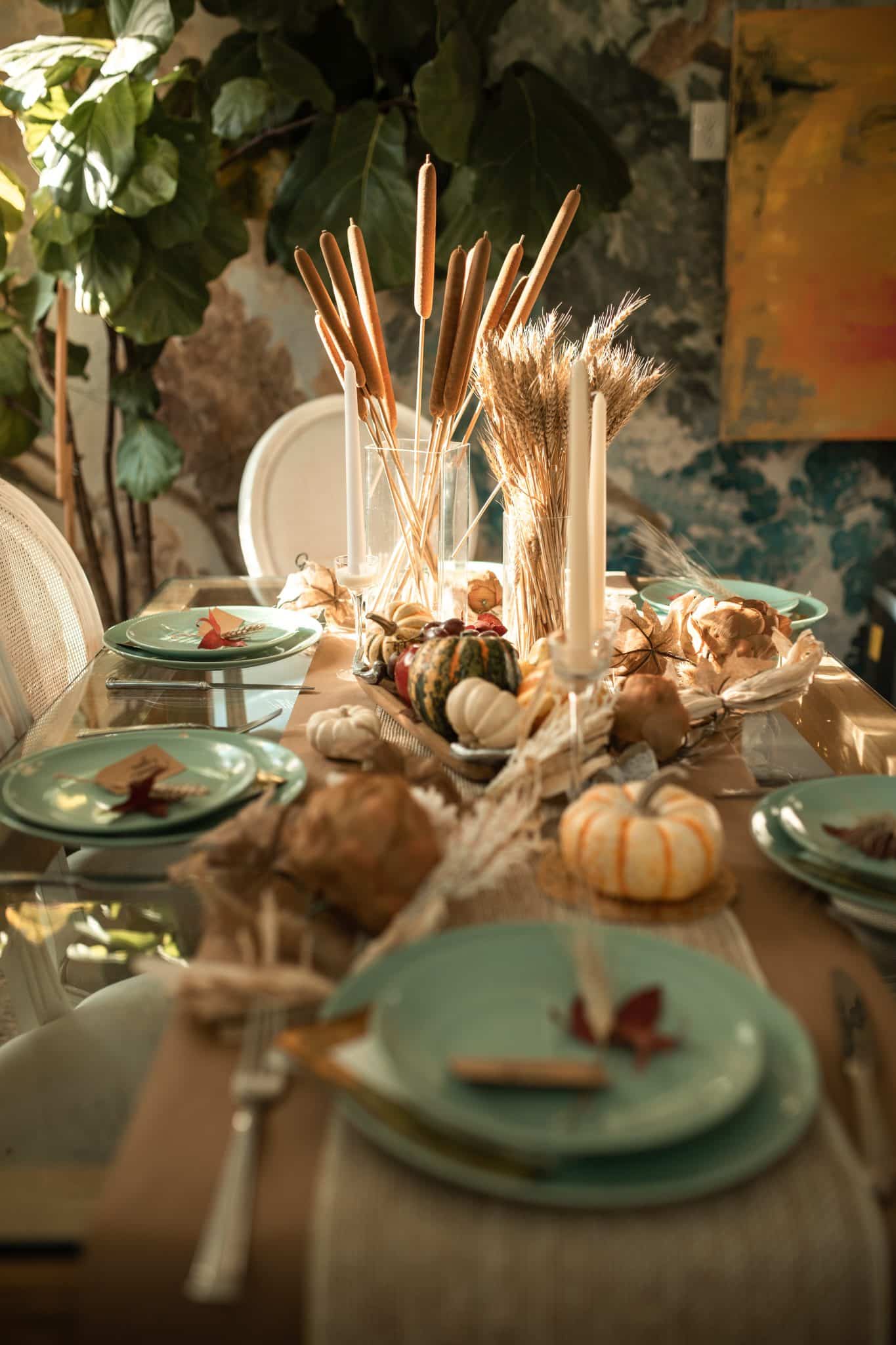 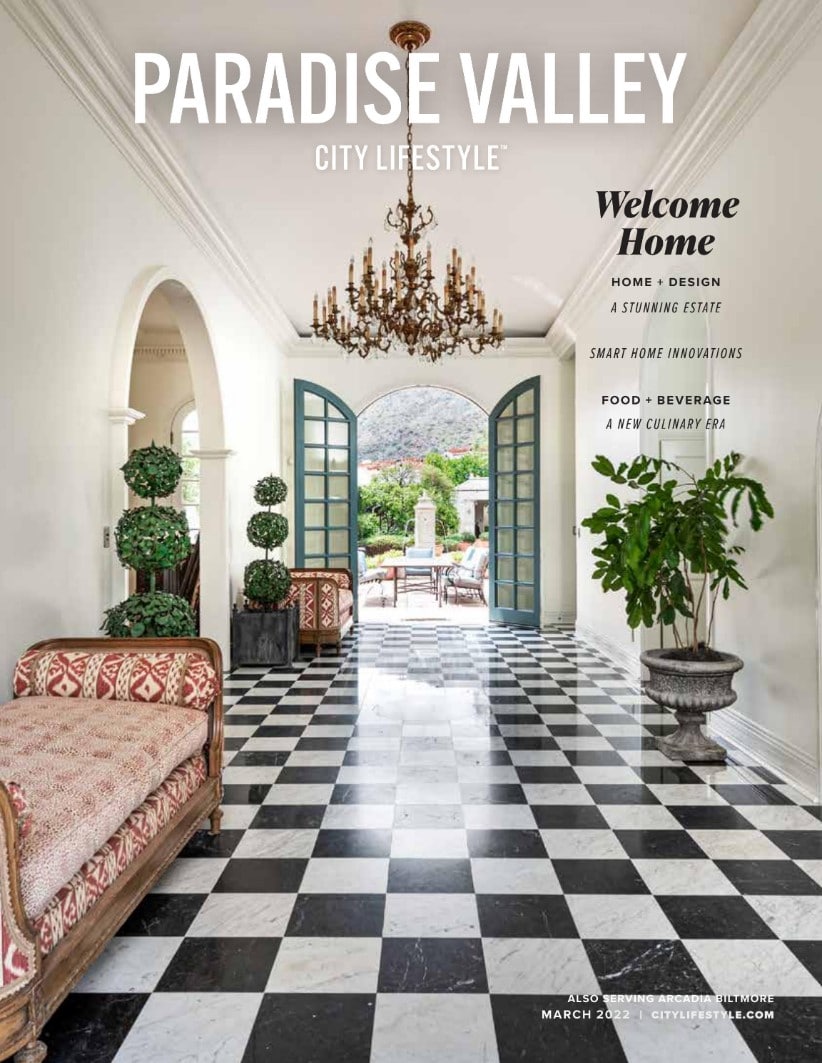 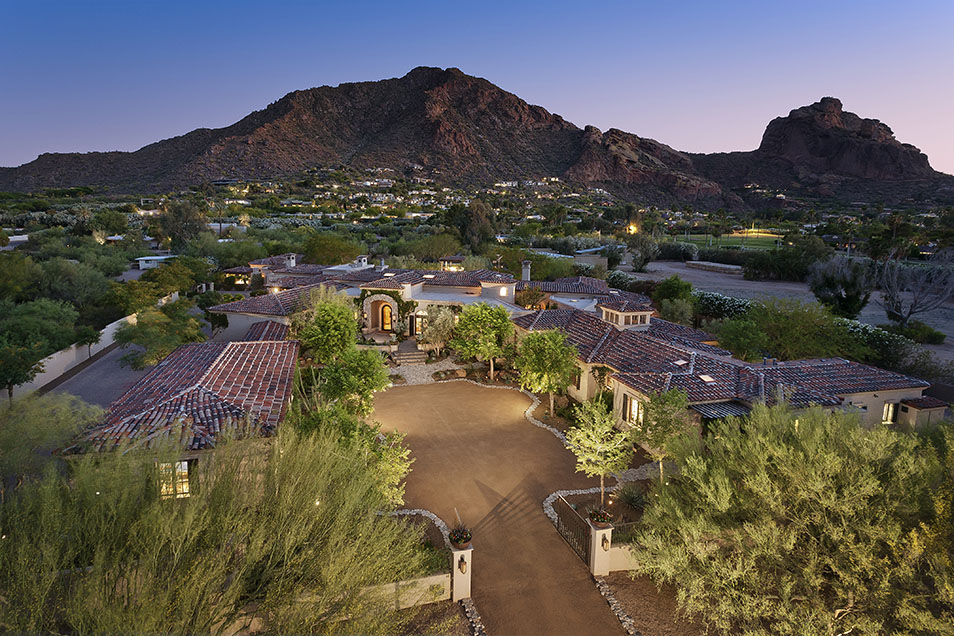